No products in the cart.

In 2019, the International Labor Organization revealed after a study on modern-day slavery, that more than 40 million people (of which about 70% are women) were exploited and enslaved around the world. This number comes from multiple industries, but the fashion industry is among the worst offenders, and garments are the second most exposed product category to modern slavery.

Modern slavery is a situation where a person is exploited and completely controlled by another person or organisation, without the ability to leave. Modern slavery includes forced labor, bonded labor, human trafficking, descent-based slavery, child slavery and child labor and forced and early marriage. Most of these are widespread across multiple stages of the fashion supply chain. 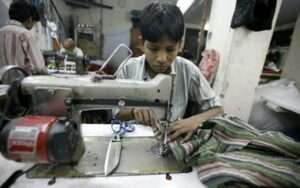 2. The Uyghur community and forced labor 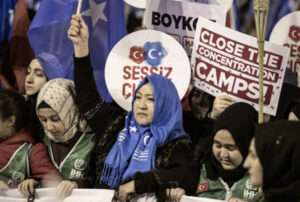 3. Boohoo does not pay its employees properly 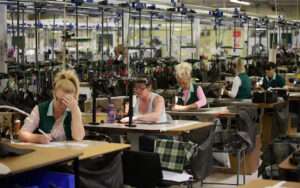 In the new Netflix documentary, Seaspiracy, a documentary about the environmental consequences of fishing, it is exposed that sometimes the people on the fishing boats are people who have been kidnapped and made slaves. In the film we see a fisherman in Southeast Asia writing a message with shrimp blood saying “please come” so that drones could read it. The point of this is to show that when an industry becomes too big, the first expendable resource becomes human labor.

Slavery in modern industries is much more present than one might think. Powerful companies, under the guise of capitalism, use human misery and poverty to impose disastrous working conditions on these workers, reducing them to slaves, all for capitalistic gain in the West. If a brand is not transparent about how and where their clothing is made then one can only assume that it is bad enough to hide. The question then becomes, how can we consume consciously, and only from the brands that are authentically sustainable, when there is so much sustainability greenwashing happening?’

Chez SANNA, our curation revolves around ethical production. We realize that a brand cannot be sustainable if it is not first ethical. All the brands we collaborate with are transparent in their production methods, and abide by one of our four sustainability principles, so that you can consumer in alignment with your personal values.

We would love to hear your thoughts 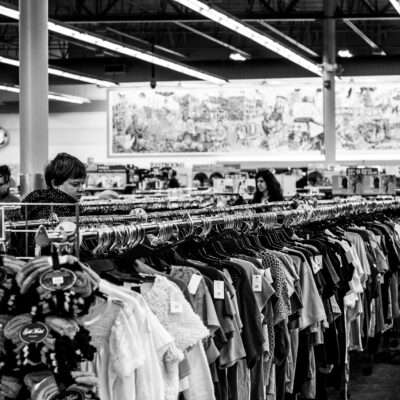 How to Make a Detox Bath that will Make you Sweat 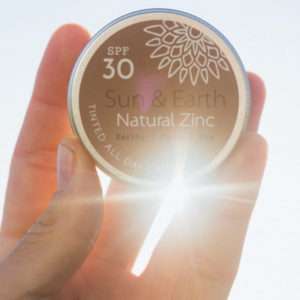 13 Things You Need To Have A Sustainable Beach Day

Subscribe to our weekly newsletter, Le Journal, and receive 10% off your first order!